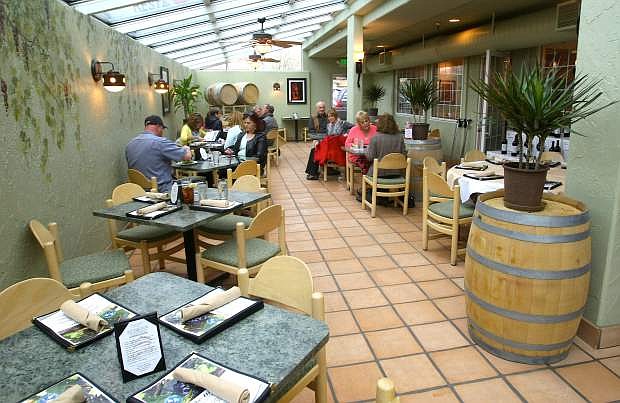 Customers enjoy lunch on the patio during the soft opening of The Bistro at Tahoe Ridge Winery on Tuesday.