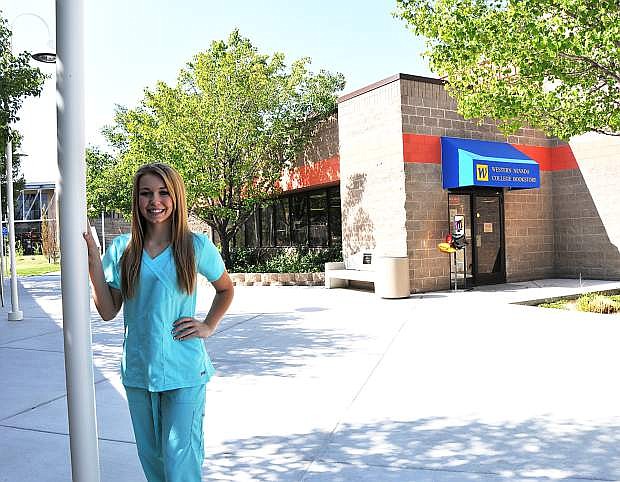 Morgan Tingle, a Carson High School student who aspires to become a nurse, is enrolled in Jump Start, an early college program at Western Nevada College.