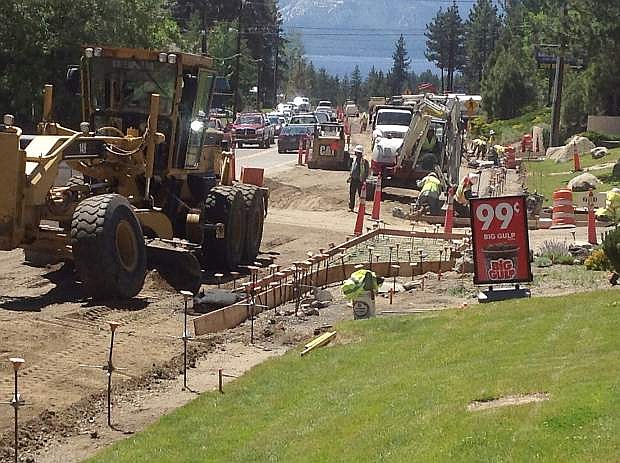 Work to renovate four miles of roadway on Kingbury Grade was completed early largely due to two shutdowns that allowed for a 24-hour work schedule.