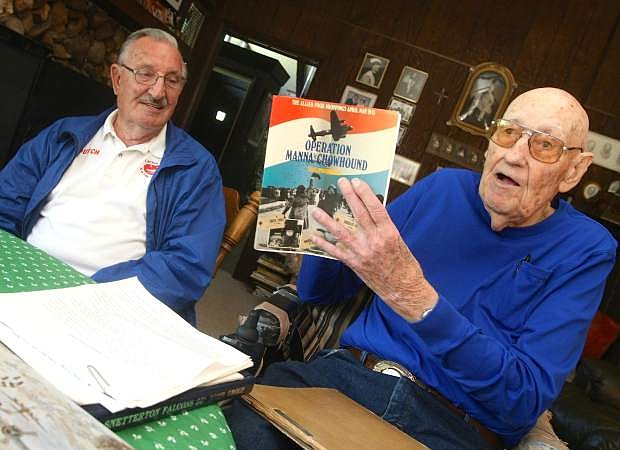 Carson Valley residents Clarence Godecke, 94, right, and Garry Denheyer, 81, talk about Operation Chowhound, a World War II mission to provide food to the people of Holland in May 1945. Godecke was an Air Force pilot who air-dropped aid packages, and Denheyer was a young boy in Holland who found a food package in his backyard from the mission.