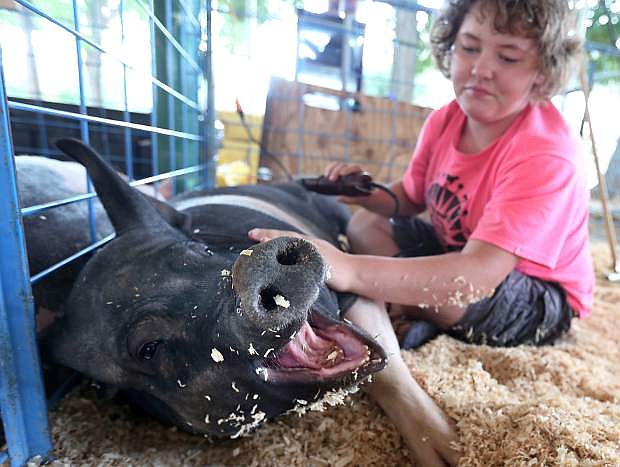 Sierra Coleman, 15, gets her Hampshire/Yorkshire pig Petunia ready for the NV150 Fair on Wednesday, July 30, 2014, at Fuji Park, in Carson City, Nev.