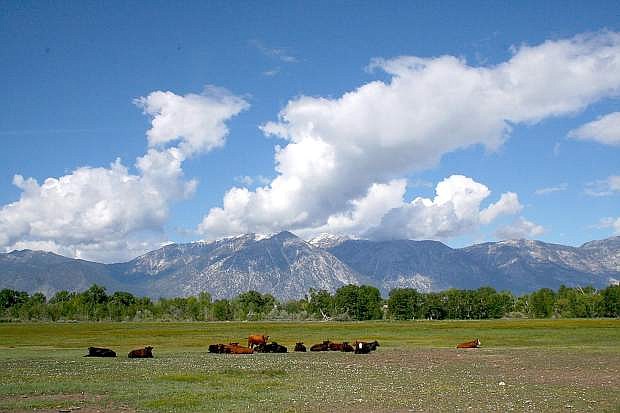 Cattle graze in green fields as Jobs Peak stands in the Carson Range. Warmer temperatures and dry conditions could increase the chance of fire danger in the Sierra.