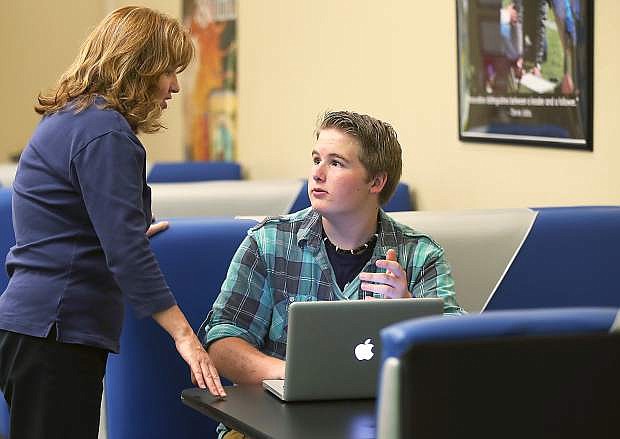 Out of School Time Coordinator Molly Walt talks with Carson High student Sam Wilson, 16, in the Digitorium at the Carson City Library in Carson City, Nev., on Thursday, May 27, 2015. Wilson used the free library wi-fi to work on his resume to help get a job.