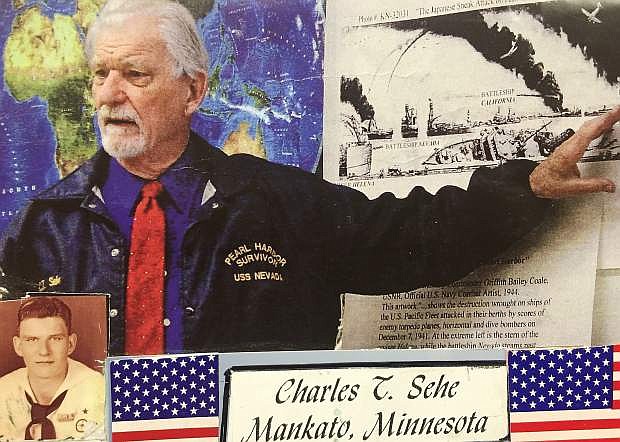 Charles Sehe, 92, served on the USS Nevada, the only battleship to get underway during the attack on Pearl Harbor in 1941.