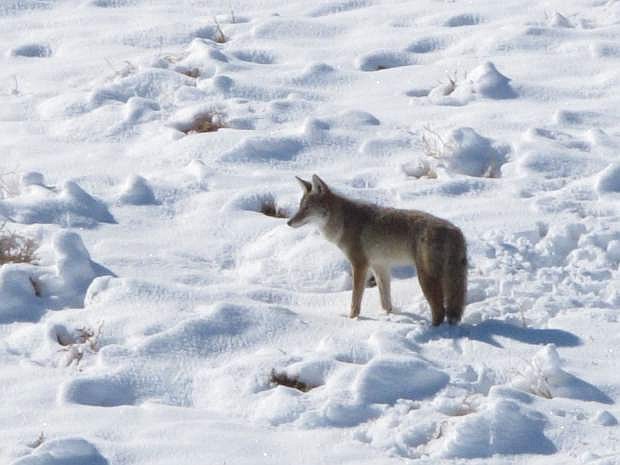 A coyote makes its way through the snow Tuesday, Nov. 10, 2015 on a hillside near the Truckee Meadows Community College campus on the north side of Reno, Nev. Ten inches of snow was recorded at the campus and up to 18 inches in the hills north of Reno and Sparks. Up to 18 inches of wet, heavy snow fell along the Sierra&#039;s eastern front on Tuesday, causing spinouts on Interstate 80, closing schools in Reno and Sparks and leaving tens of thousands of northern Nevadans without power. (AP Photo/Scott Sonner)