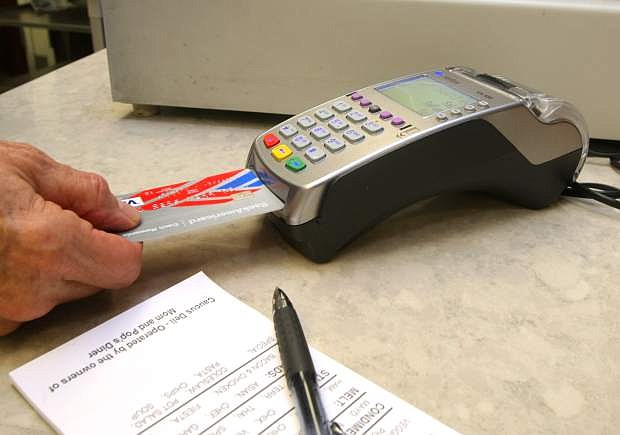 The Caucus Deli, located the Legislature building is able to process cards with the new chip technology.