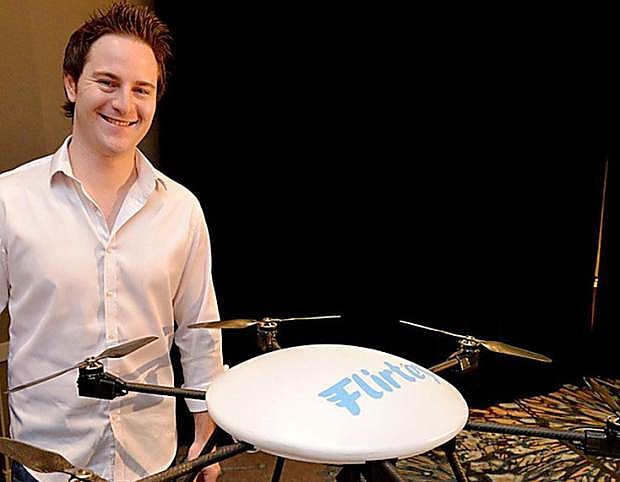 Flirtey CEO Matthew Swenney and one of the company&#039;s prototype drones. Flirtey, one of several companies getting off the ground in Nevada, has granted an equity stake to UNR in exchange for the university providing access to its R&amp;D labs for design, manufacture and research collaboration.