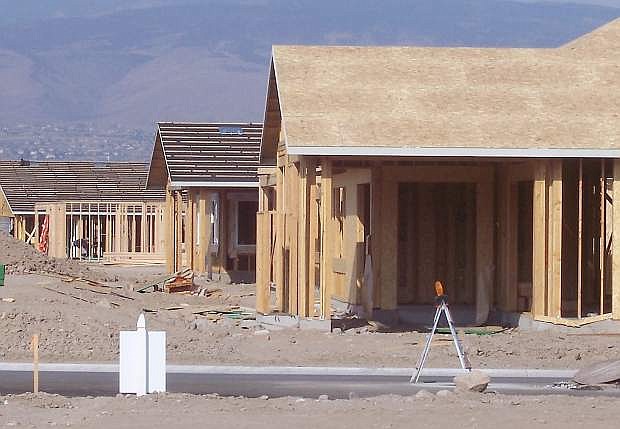 Houses under construction by Toll Brothers in Damonte Ranch include these homes in the Regency subdivision. Houses are under construction throughout the Truckee Meadows as the economy improves and the region prepares for population growth.