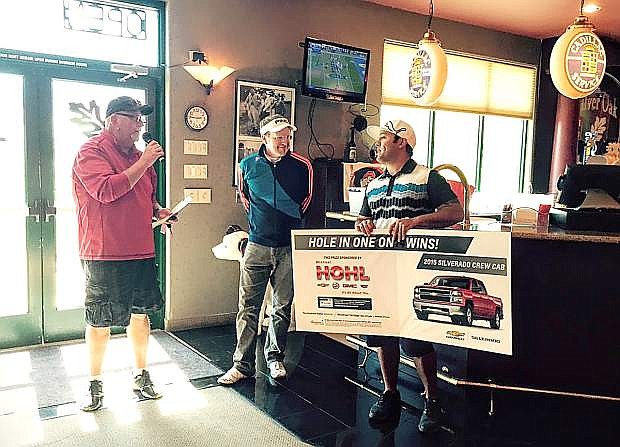 On Saturday, Jason Clark made a hole-in-one on the 14th hole during the American for Wounded Veterans tournament at Silver Oak Golf Course in Carson City. Clark won a brand new 2015 Chevy Silverado Crew Cab 4x4 from Michael Hohl Motor Company of Carson City. Making the presentation in the club house is Michael Hohl Motor Company General Sales Manager, Gary Gamba, left, with head golf pro Robert Mason, center, looking on. Jason and Jenna visited the dealership on Monday to decide which color of truck they would like to take home.