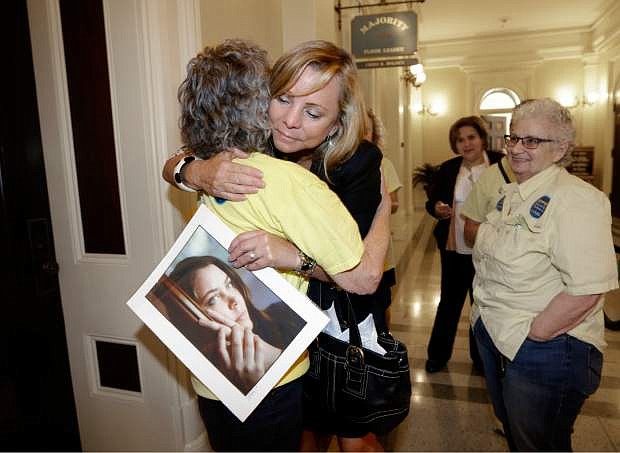 Debbie Ziegler holds a photo of her daughter, Brittany Maynard, as she receives congratulations from Ellen Pontac, after a right-to die measure was approved by the state Assembly, Wednesday, Sept. 9, 2015, in Sacramento, Calif. The bill, approved on a 42-33 vote, that would allow terminally ill patients to legally end their lives, now goes to the Senate. Brittany Maynard was the California woman with brain cancer who moved to Oregon to legally end her life last fall. (AP Photo/Rich Pedroncelli)