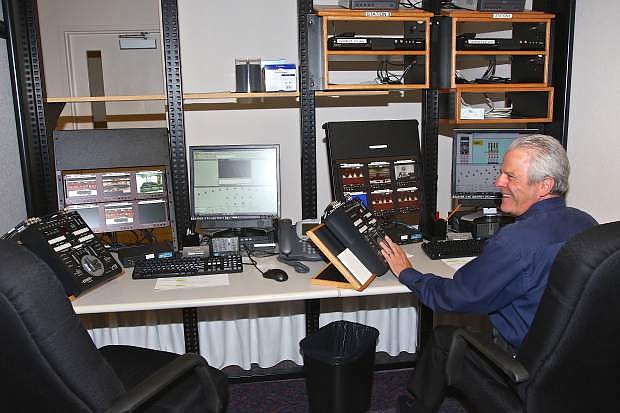 Audio-visual technician Brian Lesters sits in a temporary studio at the legislative building in Carson City on Wednesday.