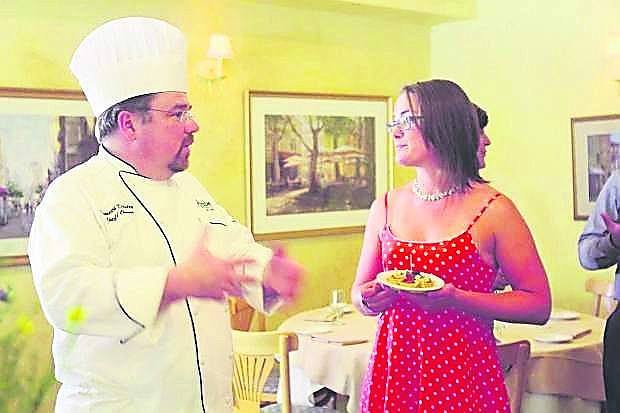 Mirabelle at Lake Tahoe Chef Ken Druley (left) speaks with Elizabeth Needham during a ribbon cutting ceremony for the French restaurant. Druley purchased the restaurant along with Kathleen Pressey in November after the former owner closed it.