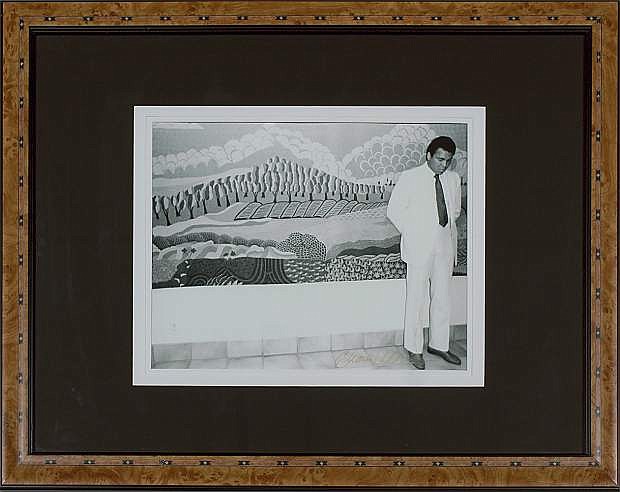 A photo of Muhammed Ali in contemplation taken by Charles Adams.