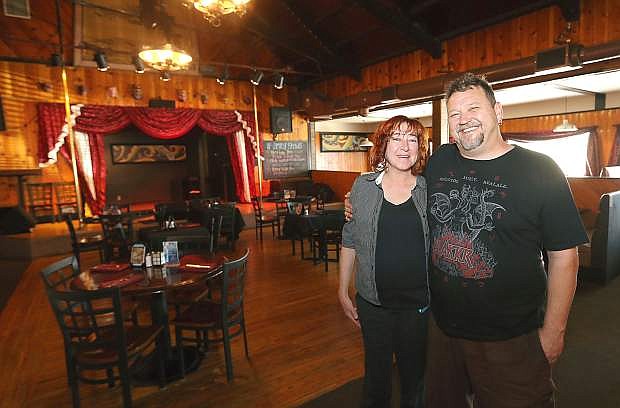 Sassafras Eclectic Food Joint owners Jayme Watts and Tony Fish pose in their dining room in Carson City on July 13. After several years in downtown Carson City, they relocated to the Carson Hot Springs in early 2015.