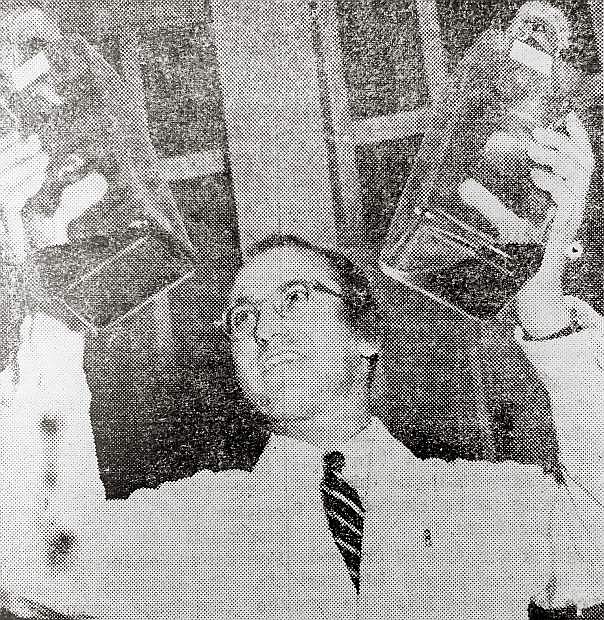 TRIUMPHANTLY HOLDING two bottles of vaccine, Dr. Jonas E. Salk has moment of glory at Ann Arbor, Mich., as he learns his remedy is 80 to 90 percent effective in war on polio.