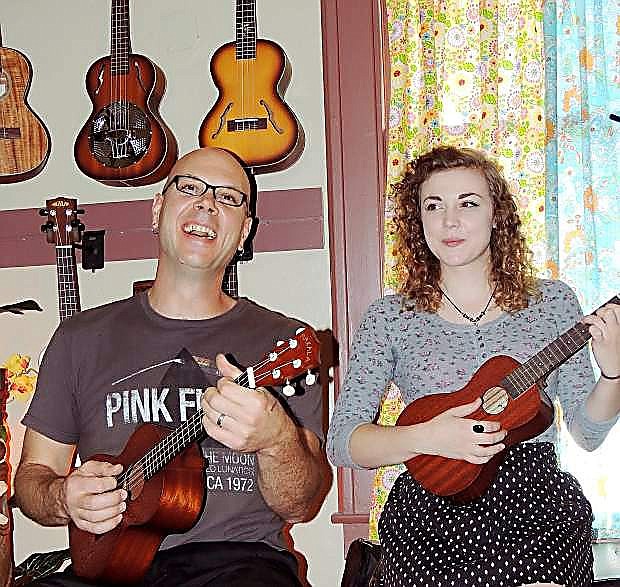 Vince Gates and his daughter, Samantha, take a short break from operating Play Your Own Music, which they recently moved from the Carson Mall to East John Street in Carson City.