Sage grouse not to be listed as threatened 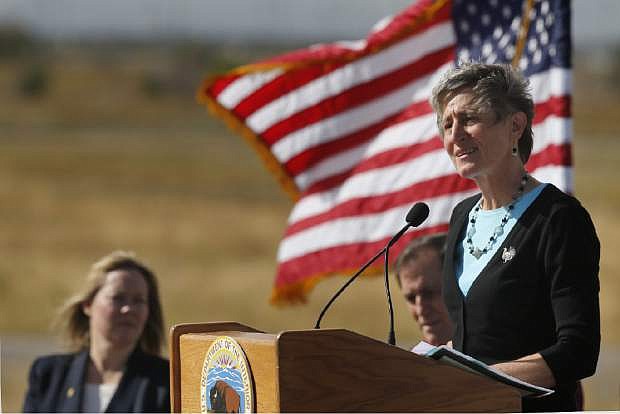 Interior Secretary Sally Jewell speaks at a gathering where she made the formal announcement that the greater sage grouse does not need federal protections, at Rocky Mountain Arsenal National Wildlife Refuge, in Commerce City, Colo., Tuesday Sept. 22, 2015. (AP Photo/Brennan Linsley)