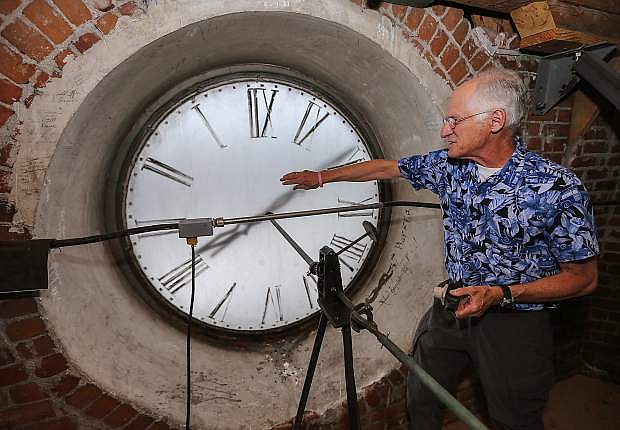 Bob Hartman talks about the clock tower in the Laxalt Building in Carson City, Nev., on Tuesday, June 9, 2015.