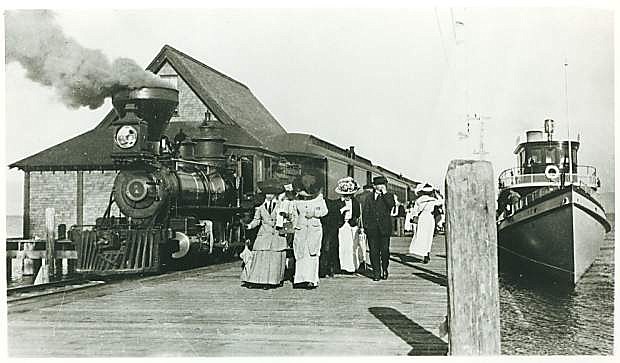 A historic photo of The Glenbrook at Lake Tahoe platform.