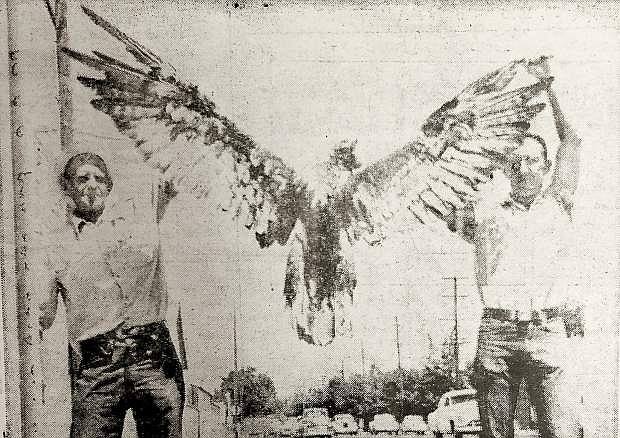 HUGE WINGS of this golden eagle were his undoing recently when they spanned the distance between high-voltage power lines about three miles east of Sparks. Ray Hedges, left, Sierra Pacific Power Co. foreman in Reno, found the eagle beneath the wires while searching for the cause of a power failure. Ed Hastings, right, electric serviceman for the power company, was called out in the early hours of the morning when power to an airway beacon inexplicably was cut off. After power was restored Hedges walked the length of the beacon power line to find what had happened and came upon the eagle on the ground a mile and a half from the beacon. The eagle was given to University of Nevada.