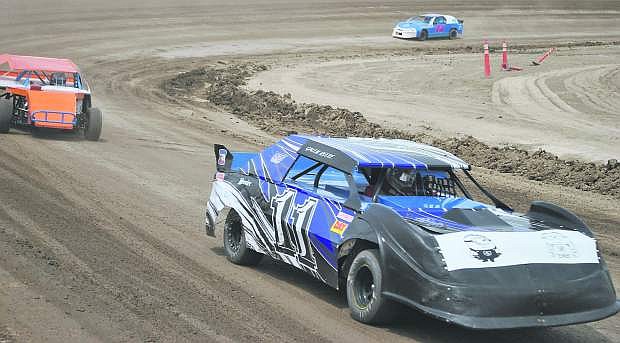 Galen Reese holds a narrow lead in the IMCA Modifieds at Rattlesnake Raceway during this year&#039;s Octane Fest in July.