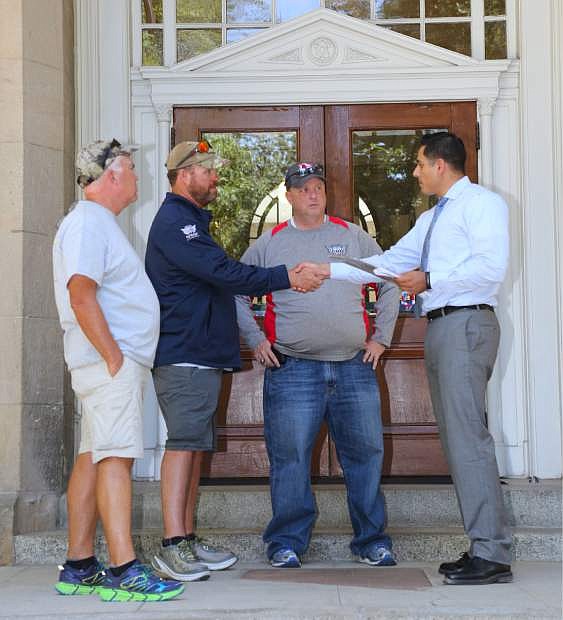 Cesar Melgarejo, right, Veteran&#039;s Policy Analyst for the Governor meets with Route for the Brave participants Kevin Winton, David Roth and Darin Fishburn on the steps of the Capitol building Monday. Winton and Roth are walking across the United States to raise awareness and money for veterans.