Jazz & Beyond festival in Carson City in last week 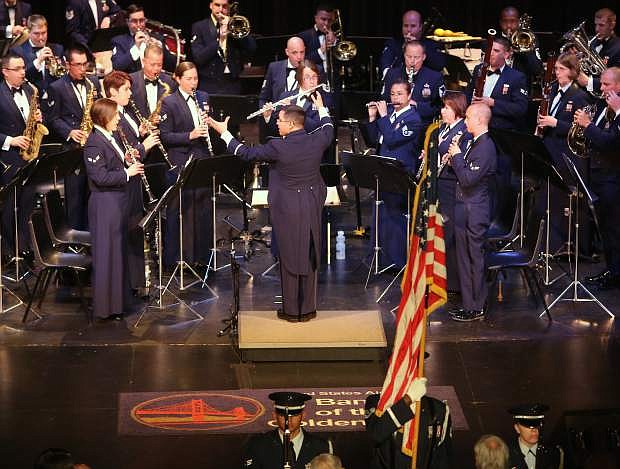 The U.S. Air Force of the Golden West Band performs the National Anthem to start their concert at the community center on Tuesday night.