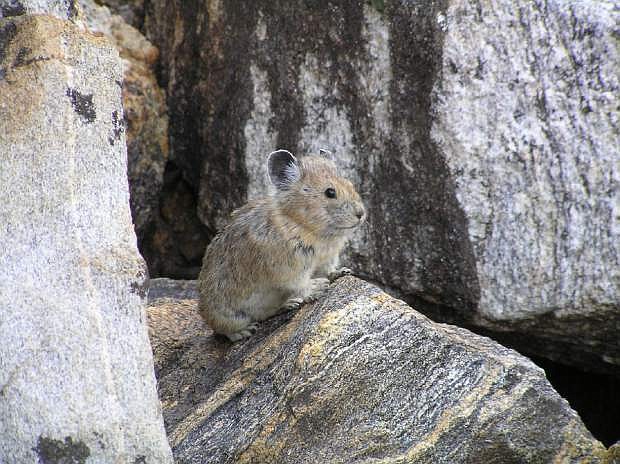 FILE - This handout photo, taken Aug. 17, 2005, file photo, provided by the US Geological Survey/Princeton University shows an American pika. A new study shows populations of the rabbit-like animal known as the American pika are vanishing in many mountainous areas of the West as climate change alters habitat. The U.S. Geological Survey research unveiled Thursday, Aug. 25, 2016, found ranges of the mountain-dwelling herbivore are decreasing in southern Utah, northeastern California and in the Great Basin that covers most of Nevada. (Shana S. Weber/USGS, Princeton University via AP)