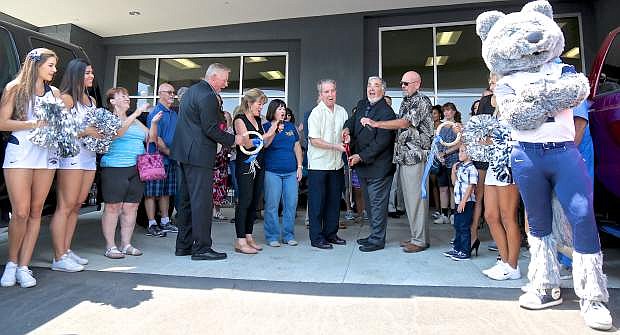 Carson City Mayor Bob Crowell and Capital Ford owner Dick Campagni cut the ribbon at the Grand Re-opening of the dealership on S. Carson St. Saturday afternoon. Guests were treated to live music, raffle prizes and food during the event.