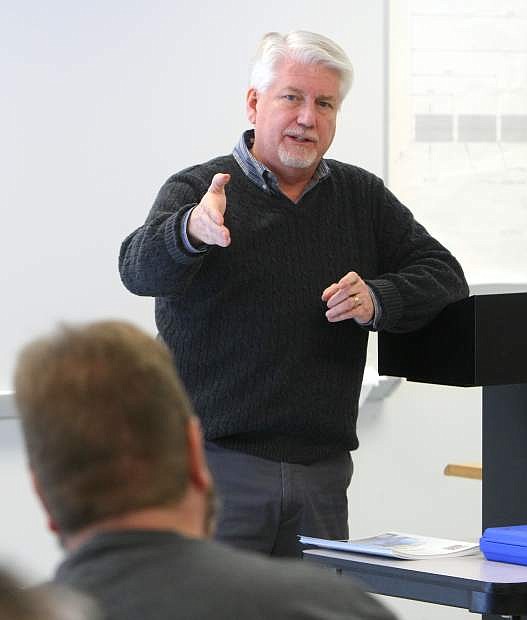 Larry Harvey with Click Bond Inc. talks with machine tool technology students on the first day of class on Monday.