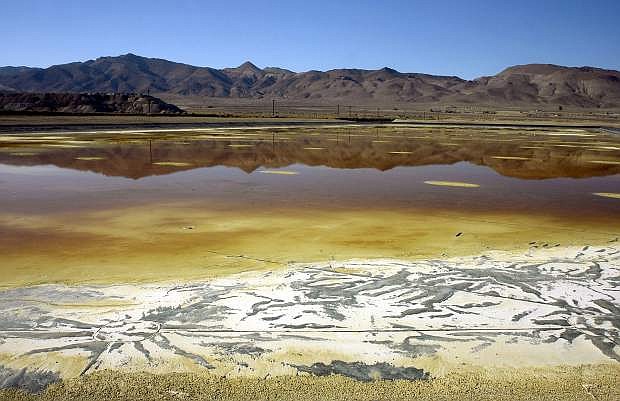 FILE - In this Nov. 30, 2004 file photo, an evaporation pond holds contaminated fluid and sediment at the former Anaconda copper mine near Yerington, Nev. Federal environmental regulators are waiting to hear any last-minute objections from Nevada&#039;s governor before formally moving ahead with their proposal to add a contaminated, abandoned mine in rural Yerington to the national list of priority Superfund sites. The U.S. Environmental Protection Agency wants to place the former Anaconda copper mine on the Superfund&#039;s National Priority List. That would make the site 70 miles southeast of Reno eligible for federal funds to pay for 90 percent of the tens of millions of dollars needed to begin permanent cleanup efforts. (AP Photo/Debra Reid, File)