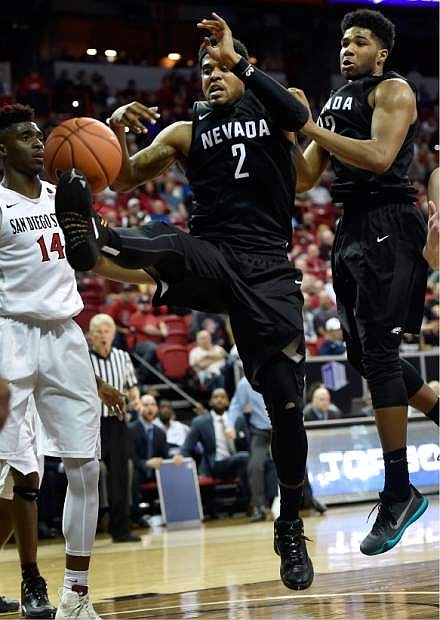 Nevada&#039;s Tyron Criswell (2) attempt to rebound the ball against San Diego State during the second half of an NCAA college basketball game in the semifinals at the Mountain West Conference tournament Friday, March 11, 2016, in Las Vegas. San Diego State won 67-55. (AP Photo/David Becker)