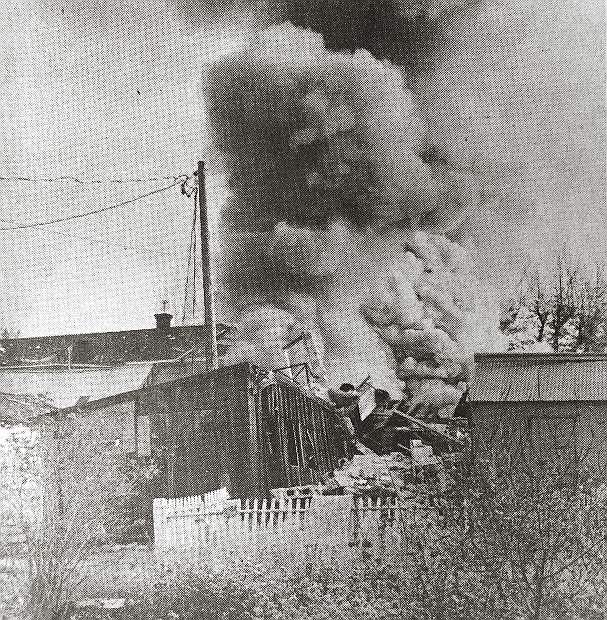 Billowing smoke was visible from all parts of the city after the blaze began. In the foreground is a pile of concrete blocks (behind the fence) which formed part of the church building.