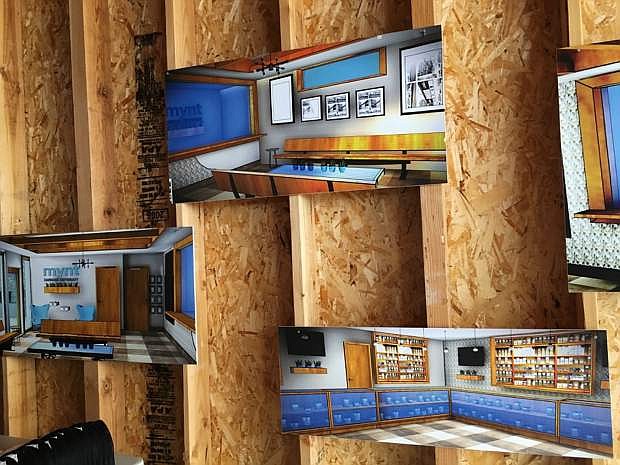 Renderings of the Mynt dispensary hung along the frame walls of their location at West 2nd Street downtown during their groundbreaking event earlier this month.