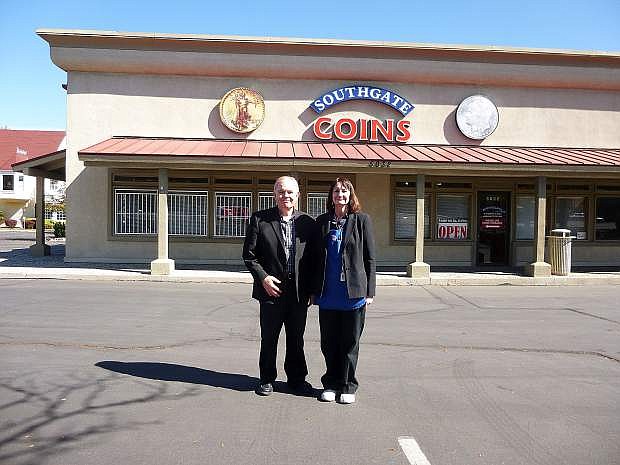 Owners Rusty and Marie Goe stand in front of their coin shop that will be closing at the end of the month.