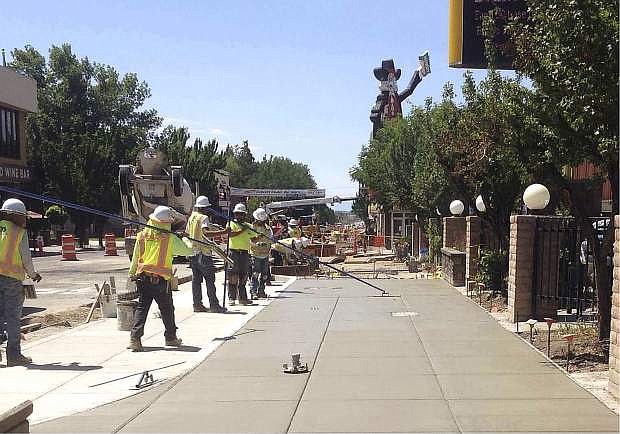 The Carson Street Urban Design Project will narrow the lanes between Williams and 5th Streets down to one lane in both directions with a center turn lane. They are also adding a five-foot bike lane on each side of the street and widening the sidewalks.