Asphalt down in front of Capitol and Legislature 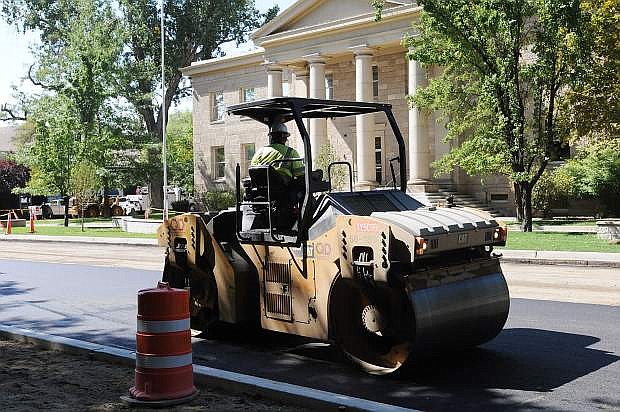