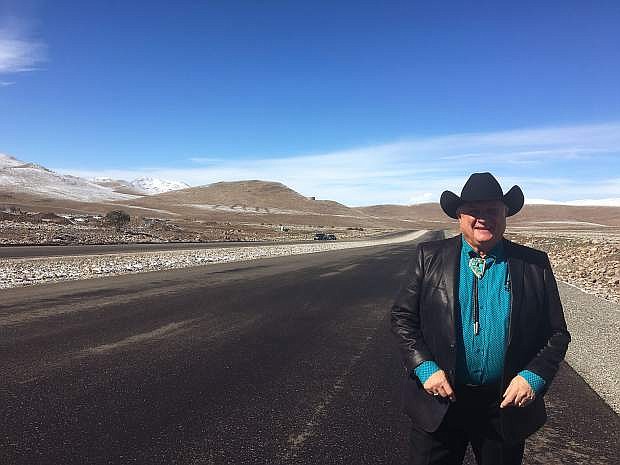 Lance Gilman stands in the Tahoe Reno Industrial Center taken this past February. Google recently confirmed the purchase of 1,210 acres in the industrial park to be eventually developed into a data center.