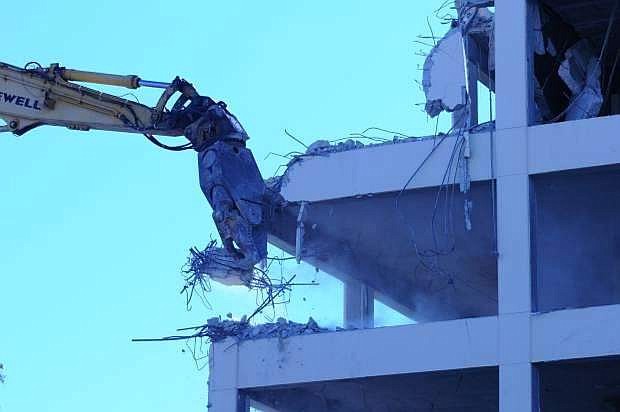 A backhoe tears into the Kinkead Building on Monday