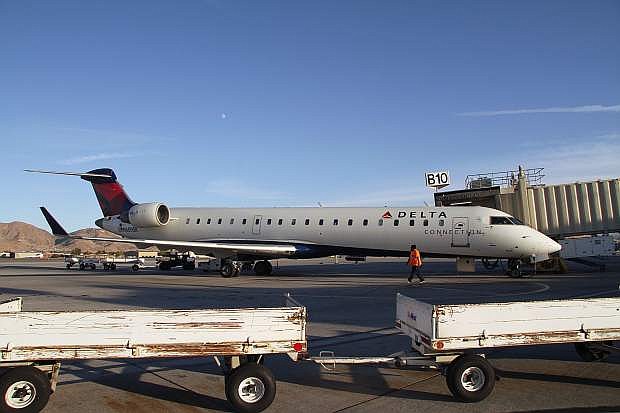 A Delta flight lands at the Reno-Tahoe Airport on Oct. 11.