Feeding deer may do more harm than good 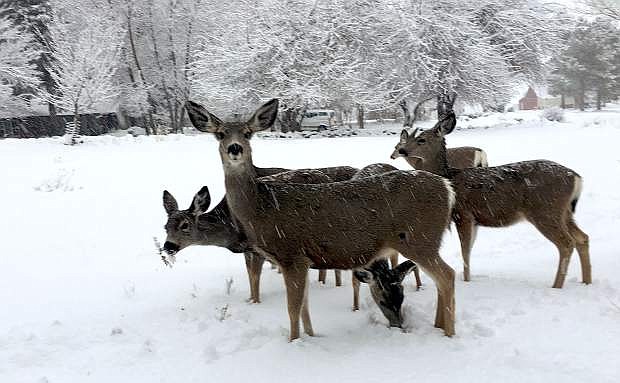 Deer forage in the snow for food in Genoa after a January snow storm.