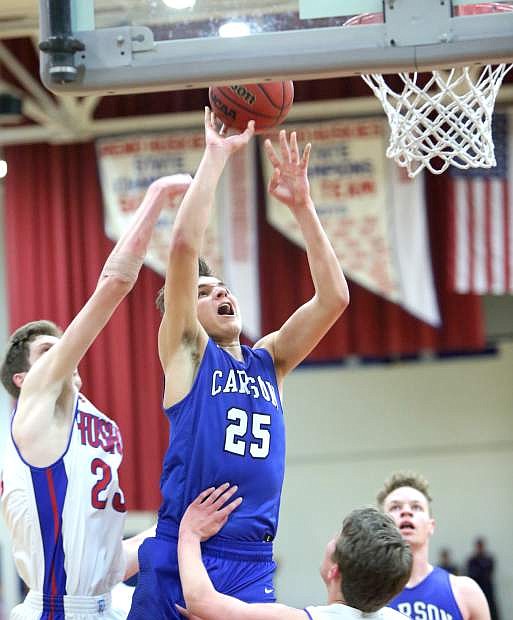 Jayden DeJoseph drives to the basket in a playoff game against Reno on Tuesday night.