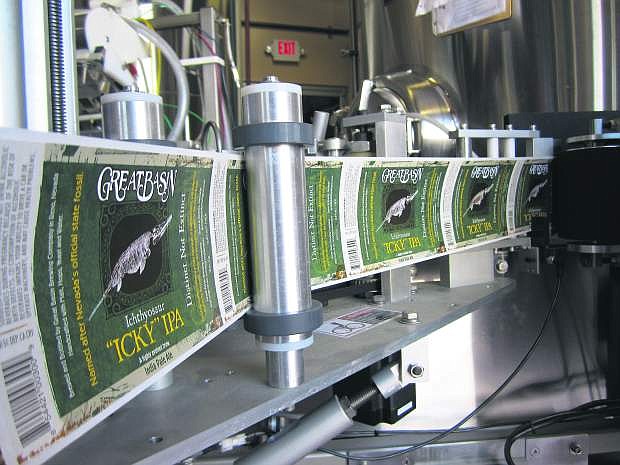 Labels for Great Basin Brewing Co.&#039;s Ichthyosaur &quot;Icky&quot; IPA roll off the press. The beer was recognized at the at the 2017 Los Angeles International Beer Competition.