Advances made in training for people with I/DD 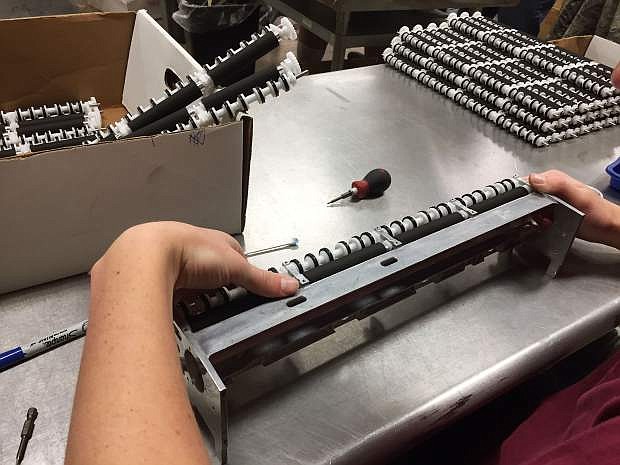 A worker at High Sierra Industries puts together an exit roller for a lottery machine.