A tale of two halves 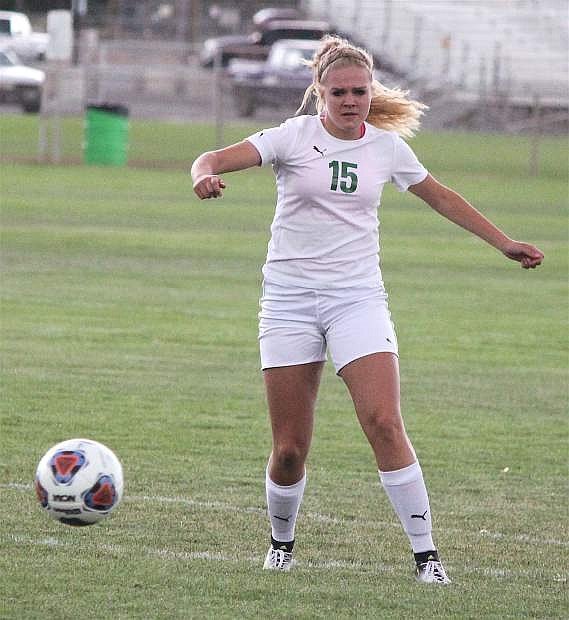 Chandler McAlexander prepares to kick the ball as it comes toward her.