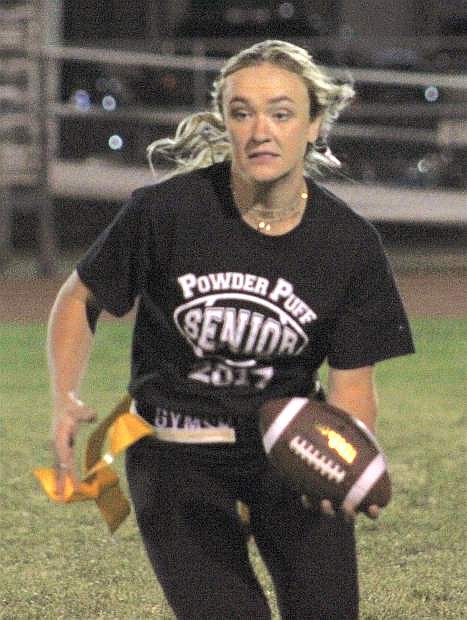 The seniors Stacy Kalt prepares to handoff the ball in the first quarter.