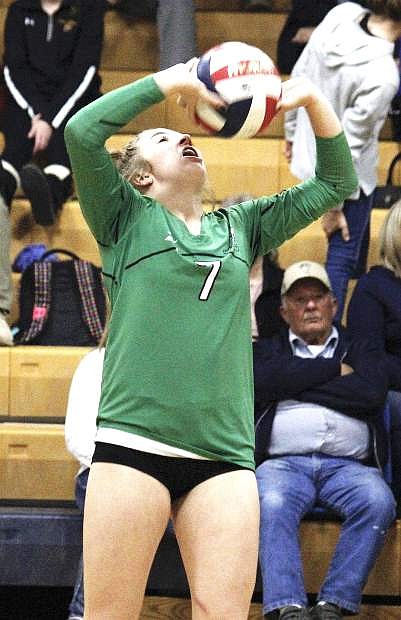 Shelbi Shultz sets the ball up for the Lady Wave.