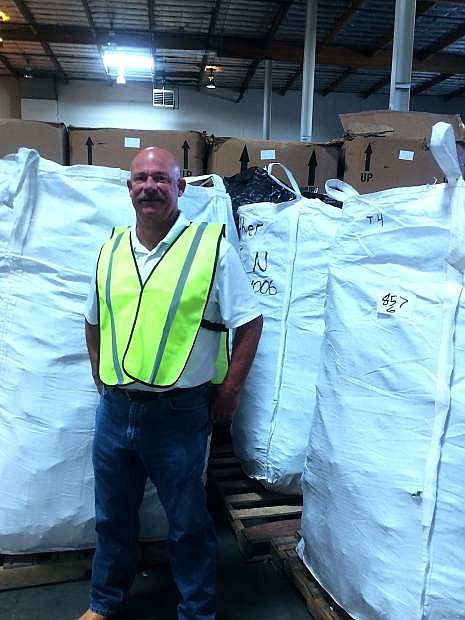 Erich Schmitt, head of the Sparks operation of Intelligent Lifecycle Solutions, with pallets of electronics sorted and bagged for shipping out.