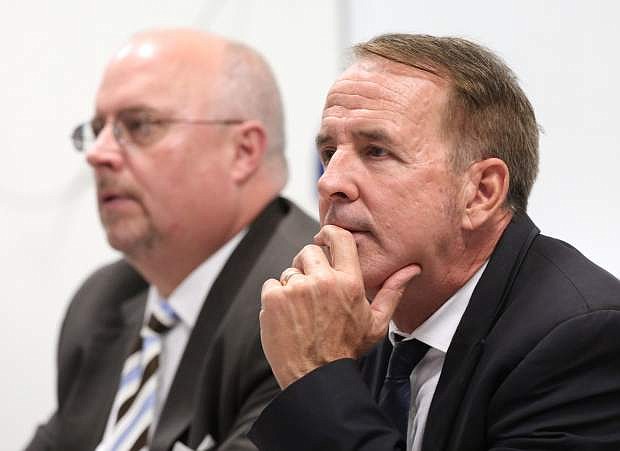 Chancellor Dr. Thom Reilly listens to public comments on whether an acting or interim president of Western Nevada College should be appointed following the resignation of President Chester Burton.