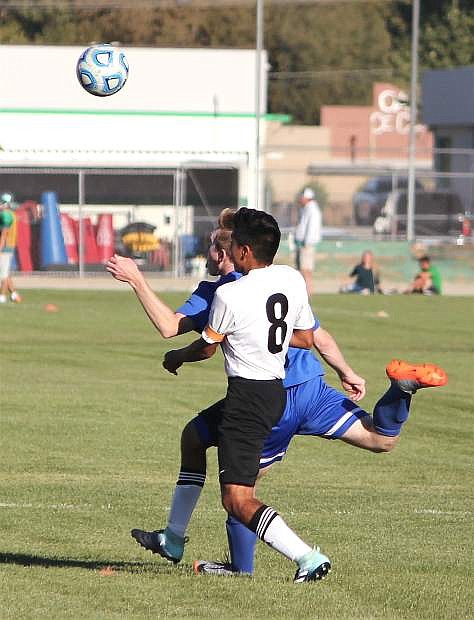 Bryan Duenas and South Tahoe&#039;s Ethan Nelson race to take possession of the ball when it lands.